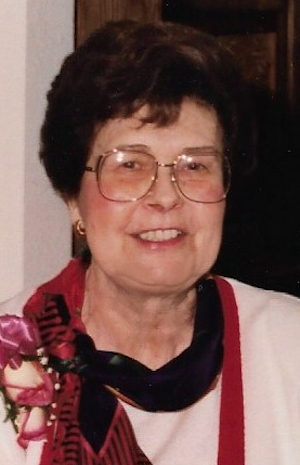 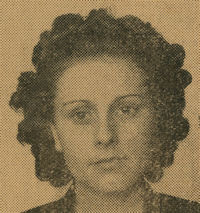 – 18 year old daughter of Mr. and Mrs. Henry Zemp, Route 1, Perry, was born in Morrison January 12, 1922. She attended the Willow Creek school and the Sumner schools before coming to Perry.

She was a member of the Red Hots, pep organization, and the junior candidate for football queen. She was also secretary and treasurer of her senior class home room this year.

Mrs. Robinson was born southwest of Morrison on Jan. 12, 1922. Her parents were Henry and Sue (Bamberger) Zemp. She attended Willow Creek rural school and was a 1940 graduate of Perry high school.

Mrs. Robinson had resided in the local area all her life. She had been employed at Lintz department store and JCPenney in Perry. She was a member of Zion Lutheran church.