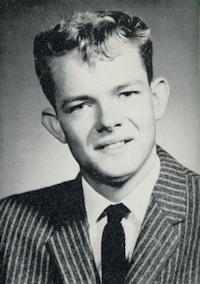 Graveside rites were conducted at 10:00 a.m. on Friday, November 9, 2001 at Mt. Carmel Cemetery, northwest of Perry and will be under the direction of Brown-Sisson Funeral Home.

Wilde, a long-time resident of the Perry community, was a farmer and fence builder.

He and the former Theresa Golden were married in Perry on May 2, 1985.

He was affiliated with Christ Lutheran Church.

His father, Ed Wilde, one sister, Janice K. Wilde and one brother, Lonnie Wilde prededed him in death.

A memorial has been established to benefit research for the cause and a cure for Amyotrophic Lateral Sclerosis (ALS), better known as Lou Gehrig’s disease.