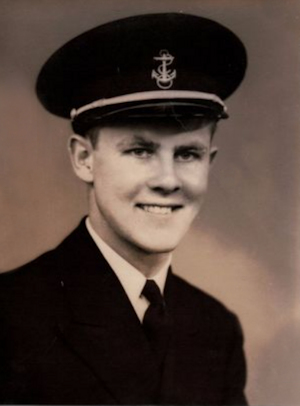 Walt was the youngest of seven siblings. Those preceding him in death were Donald, Sue, Robert, Hazel, John, and Helen.

He graduated from Perry High School in 1942. There, he played football and basketball and was a member of the National Honor Society.

Walt enrolled at the University of Oklahoma and pledged Phi Kappa Psi fraternity there. In 1943 he was accepted into the U.S. Navy’s V5 program and remained in pilot training there until the end of World War II.

After the war, Walt graduated from the University of Oklahoma with a degree in Marketing. His senior year, he served as president of Phi Kappa Psi.

Walt met Rojean Anne Mohnike in 1951. They were married April 12, 1952, in Perry. At the time, he was working for Hughes Tool Company. In April of 1954, he was hired by IBM Corporation as a salesman in the Office Products Division. In 1960 he was promoted to Branch Manager of Office Products and transferred to Cedar Rapids, Iowa. While in Cedar Rapids he served as President of Administrative Management and as a Scoutmaster for the BSA.

In 1972, he returned to Tulsa where he worked until his retirement in August of 1982. After retirement, Walt represented IBM in United Way campaigns for five years. He was a member of the Oaks Country Club, where he was an avid golfer.

The family would like to offer their heartfelt thanks to the staff of both Inverness Village and Grace Hospice for their exceptional care of Walt in his final months of life.

The family has requested donations be made in Walt’s name to the Oklahoma Medical Research Foundation in Oklahoma City for heart research.