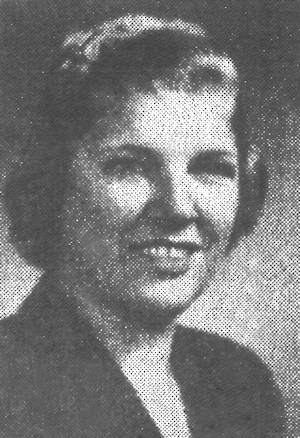 While a student of the Perry schools she was a member of the Red Hots. Following graduation she expects to take up nurses training.

Mrs. Powers had been in failing health several weeks and was hospitalized last month.

She was a member of St. Rose of Lima Catholic church and had been active in the Noble County Democrat Women’s club.