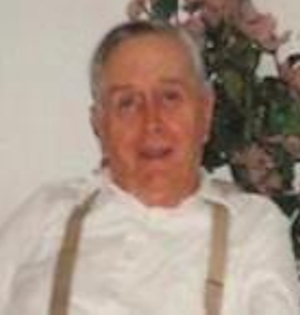 Mr. Passow was born on December 31, 1916 to William F. and Ida (Ebert) Passow in Penn, North Dakota. He moved to Perry, OK in 1920 and attended school in the Perry District.

He later worked for the Douglas plane plant in Tulsa, OK from 1941-1945 building B17 and B25’s. Mr. Passow moved to California in 1945 where he worked with Housing Construction until retiring.

Mr. Passow passed from this life on October 1, 2008 in Panorama City, California.

Mr. Passow is survived by one son, Keith Passow of Pasadena, California; one daughter, Debra Hagman of California; one grandson, Matt Hagman; one sister-in-law, Leola Passow of Topeka, KS; and many nieces and nephews.