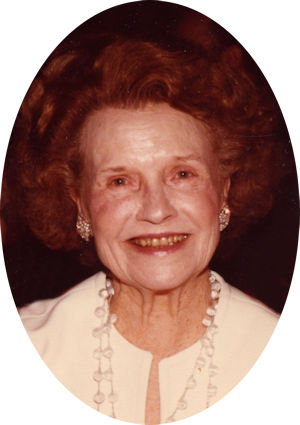 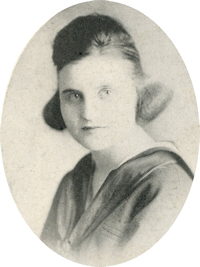 She was born October 25, 1902, to Barthalomew and Mary Ringler in Perry, Oklahoma.

She attended University of Oklahoma in Oklahoma City. Taught school in Blackwell, Oklahoma. Was member of Paturnalia Club there.

She was a member of First United Methodist Church, Order of Eastern Star, Ladies of Oriental Shrine, Research Club and Federated Club.

In 1971, Jack Laughlin, the only son died in an airplane accident. In December 1981 her husband, Loran L. Laughlin, passed away of a heart attack.