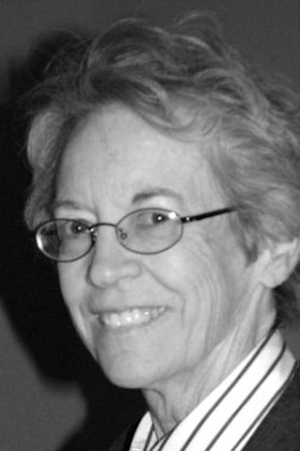 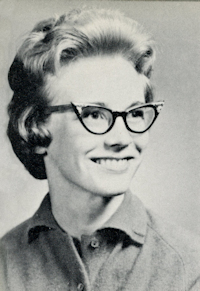 Ann Evans Wakeman, 64, of Edmond, Oklahoma was the daughter of Dr. Alfred and Mrs. Alameda Gordon Evans. She was born June 10, 1943 in Oklahoma City, Oklahoma and died Monday, March 24, 2008 at Mercy Health Center in Oklahoma City from carcinoid cancer.

Ann graduated from Perry High School in 1961 and attended Oklahoma State University. She spent several years as the owner-operator of The Santa Fe Gallery in Edmond and as a bridal consultant at Dillards at Quail Springs Mall.

An avid artist and hobbyist, she spent her free time drawing, wood carving, working on crafts and playing with her granddaughter.

Ann is survived by two sons, Jim Wakeman, of Dallas, Texas and Matt Wakeman, of San Francisco, California; one daughter, Jill Wakeman Fritts and her husband, Brendhan, of Allen, Texas; one granddaughter, Ava Fritts, of Allen, Texas; and one brother, Gary Evans, and his wife, Bettye Kaye, of Muskogee, Oklahoma.

She was preceded in death by her parents and one brother, Larry Evans.