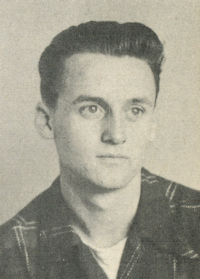 Larry began his career as a steamfitter, served as an aircraft instructor in the US Marines, worked at Burnham Products when he first moved to Wichita, was the owner of Larry’s Vickers Service Station and worked later as a pipefitter with Ponca City Local.

He was a great carpenter and enjoyed building doghouses with his son, Brad and grandson, Josh. The lessons he taught, the joy he gave, his humor and zest for life were blessings to all who knew him.