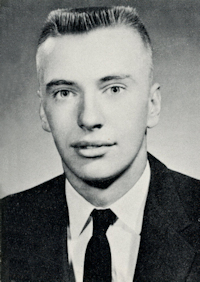 Richard Lee Streller was a beloved husband, father, grandfather, great-grandfather, brother, uncle and friend to many.

He was born August 2, 1943 in Perry, Oklahoma to Paul and Lena Streller. He served in the Air Force where he was introduced to the world of computers. He graduated with a degree in Accounting from Texas A&M University and though he passed the CPA exam earning a national medal, he returned to his love of math and computers shortly thereafter. He worked for, then led as President and CEO, Hogan Systems, Saddlebrook Corporation and Shared Financial Systems specializing in software for the banking and financial industries. After his retirement in 1992 he became an active volunteer serving as Trustee and President of the Board of the University of the Ozarks, with Habitat for Humanity, North Dallas Shared Ministries, WARM (Wise Area Relief Ministry, Board), Wise Hope and Hope Chest (Domestic Violence Task Force, Board) and Helpful Hands (FUMC Decatur) aiding homebound individuals with housing repairs. He served as an Elder with Bentwood Trail Presbyterian Church in Dallas and was an active member in local missions at First United Methodist Church in Decatur.

He was a generous and kind individual respected by many for his leadership and service to others. He was a loving husband to his wife of 36 years and provided great support to the end. He was honest and loyal to his many friends and touched many lives with his service. He will be deeply missed.

He was preceded in death by his parents, Paul and Lena Streller. He is survived by his devoted wife, Scottie Kennedy, brother Don and wife Sue and sister Janet. Sons Steve and Scott and wife Diana, daughters Teresa Shaw and husband Larry and Lisa Streller, 5 grandchildren and 3 great grandchildren.

Private interment will be at Restland Cemetery, Dallas with a Memorial Service at 11 am Saturday, August 25 at First United Methodist Church of Decatur.