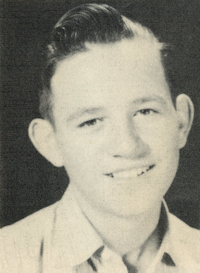 Frank J. Dvorak, resident of Perry, Oklahoma, went home to be with his Savior on Wednesday, February 8, 2017, at OU Medical Center. He was 85.

The celebration of his life will be held at 10:00 am, Saturday, February 11, 2017 at the Trout Funeral Home Chapel of Perry with his son Mike Dvorak officiating. Burial will then follow at Grace Hill Cemetery.

Frank was born on November 11, 1931 to Frank and Bessie (Kosnar) Dvorak in Perry, OK. He attended rural schools Star and Fairview, before graduating from Perry High School in 1949. He married Mary Alice Young on June 21, 1952.

He was involved in Future Farmers of America. He loved showing livestock and had great success showing beef cattle and hogs at state and national shows. He received the American Farmer Degree in 1952. He was involved in farming and ranching in southern Noble County all his life. He was also employed in the oilfield, construction, and later retired from Oklahoma State University as an employee of the physical plant. He enjoyed bowling and square dancing with The Lucien Merrimakers while Alice was alive. Frank always had a great love of agriculture and socializing with family.

He was preceded in death by his parents, wife, two sisters: Rose Dvorak and Adella Frank, and one brother, Charlie Dvorak; and one son-in-law, Terry Shelley. Casket bearers will be his grandson’s; Brandon Vollmer, Chris Shelley, Joe Dvorak, Justin Dvorak, Matt Dvorak and Robert Stevens.

Memorial Contributions may be made to the Fairview Cemetery Association care of Trout Funeral Home of Perry, 1408 N. 7th Street, Perry, OK 73077.