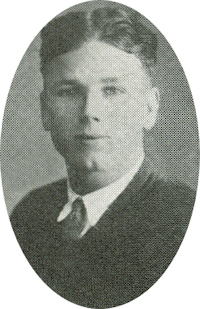 ﻿Graveside services will be at 10 a.m. Monday at Grace Hill cemetery for LeRoy Melvin Studebaker, 73, Dallas, Texas, formerly of Perry, who died Thursday morning at the home of his son, David, at 6722 Lakehurst, Dallas.

Rev. M. R. Work, pastor of the First Christian church, will officiate. Burial will be under direction of Parker Funeral home. The body will lie at Parker Funeral home Sunday and until service time Monday. Funeral will be at 3:30 p.m. Saturday at the Willwood chapel of Restland Memorial Gardens at Dallas.

Studebaker was born July 18, 1904, at Perry. He was a 1924 graduate of Perry high school and was a graduate of Central State university at Edmond. He was married to the former Betty Clark, who preceded him in death Nov. 14, 1974.

Studebaker worked as a bank teller in Edmond for a number of years and was a pipefitter at Norwood, Pa., until moving to Dallas in 1977. He was a member of the Masonic lodge.