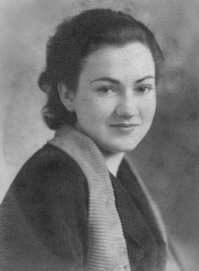 Mrs. Gerald W. Osborne, education and civic leader and a delegate to the White House Conference on Education, died at 8 a.m. Friday at her home, 2235 Palmer Ave., after an illness of several months. She was 49.

Funeral services will be conducted at 11 a.m. Saturday at the House of Bultman, 3338 St. Charles. The Rev. Jack Cooke, pastor, Carrollton Avenue Methodist Church, will officiate.

The body of Mrs. Osborne will be sent to Newton Funeral Home, Perry, Okla., for services and interment in Grace Hill Cemetery there.

A native of Noble County, Okla., she was the former Mildred Irene Durkee. Mrs. Osborne had lived in New Orleans for the past 25 years.

A leader in the fields of good government and education, she had for several years served on the board of the New Orleans Council of the Parent-Teacher Association, and for two terms was president of the R. M. Lusher School PTA. She was a member of the executive committee of the Citizens for Public Schools.

She had also served on curriculum and architectural study groups advising the Orleans Parish School Board.

A new elementary school for 910 pupils in a burgeoning residential area of New Orleans will serve as a memorial to a Noble county farm girl who became a friend of education and a civic leader in the Louisiana metropolis.

The school will be named “Mildred Osborne Elementary school,” in memory of the late Mrs. Gerald Osborne, who began life as Mildred Durkee on a farm in the Billings community of northern Noble county.

She was a sister of Mrs. M. E. Pursifull and Mrs. Clarence Kukuk of Perry, and Burton and Charles Durkee of Billings.

Mrs. Osborne died four years ago at the age of 49. She and her husband had made their home in New Orleans for 25 years, and during that time she was active in a number of community affairs. Prominent among them were the Parent-Teacher association, the executive committee of Citizens for Public Schools and the League of Women Voters.

Recognized as a leader in the fields of good government and education, she had for several years served on the board of the New Orleans council of the PTA, and for two terms was president of the R. M. Lusher school PTA. She served a number of years as chairman of the education committee of the New Orleans League of Women Voters and later was first vice president of the Louisiana League of Women Voters.

The school being named for her is in an eastern sector residential community and will be a departure from the usual. The plant will be arranged as a network of teaching “arenas” for the 910 pupils. Each arena will be a flexible, self-contained area, rather than the traditional classroom.

The Orleans parish school board has budgeted $l million for the new plant. Work will start at the end of November and completion is expected in February 1969.