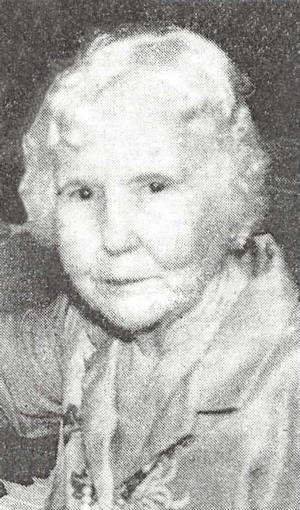 Funeral will be at 10 a.m. Wednesday at the First Christian church. Name of the officiating minister had not been announced by late Monday morning. Burial will be at Grace Hill cemetery under direction of Parker Funeral home. Memorials may be made to the Oklahoma Medical Research Foundation for leukemia research.

Mrs. Roberts was born May 22, 1901, at Avoca, Wis., the daughter of Edward F. and Francisca Marshall. She came to the Perry area in 1902. She was a 1919 graduate of Perry high school and attended Central State university. Mrs. Roberts was a private music instructor until her retirement in 1972.

She and Worth Roberts were married Sept. 16, 1923, at Gentry, Ark. She was a member of the First Christian church, the Rebekah lodge and the American Legion auxiliary.