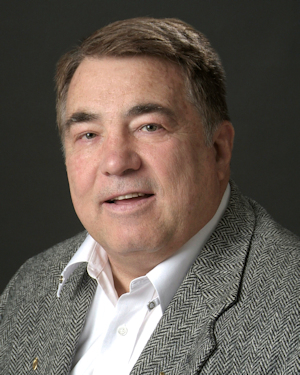 Bob considers himself blessed to grow up in Perry, where he could excel in football, wrestling, track, and had the opportunity to create lifelong friendships.

After graduating from Perry High School in 1964, Bob was awarded a full-ride wrestling scholarship to OSU where he wrestled for Myron Roderick and the Cowboys as a starter on the first team all three years. With a desire to coach he majored in Health, Physical Education, and Recreation.

In 1968 he was inducted into the army at Fort Gordon, Georgia, staying in the Reserve and National Guard until after Desert Storm in 1993. During those years he completed Officer Candidate School and Advanced Officers School, and became Airborne Ranger/Green Beret qualified in the 12th Special
Forces.

In 1980 through 1982 he worked in the Master’s Degree Program in Education at Central State Oklahoma and was an assistant coach for Eddie Griffin and the wrestling team. They were NAIA National Champions in 1981 and 1982.

The summer of 1982 Bob took the position of head wrestling coach and defensive coordinator for the football team at Olivet Nazarene University, in Bourbonnais, Illinois. The ONU Tiger wrestling team won the NCCAA (National Christian Colleges Athletic Assoc.) National Championship four times between 1987 – 1992, and Bob was voted Outstanding Coach of the Year 1987 and 1992. His wrestling days and jumping out of planes ended when he was diagnosed with spondeo rheumatoid arthritis in 1992. He went back to school and earned a Master’s Degree in Health Administration from Governors State University Illinois in 1994. The Drebenstedt family then moved to Charlevoix, Michigan where Bob filled his time in a variety of pursuits from township zoning administrator and clerk, to the Director of Veterans’ Affairs for Charlevoix County. He was elected three times as a county commissioner.

In 2004 Bob was selected to represent Northern Michigan as a delegate at the National Republican Convention in New York City which he says was “a most rewarding experience.”