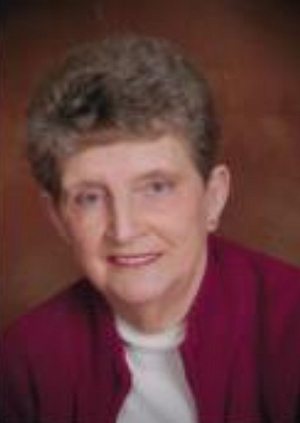 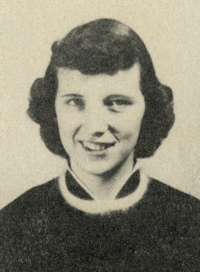 Mary Ann Dorl, 80, of Perry, Oklahoma, was the daughter of Glen and Mary Esther (Devery) Edwards. She was born June 7, 1936, in Perry, Oklahoma and passed away April 14, 2017. Mary Ann graduated from Perry High School in 1954 and lived her entire life in Perry.

On February 20, 1955, she married the love of her life, Jack Dorl, at St. Rose of Lima Catholic Church in Perry.

As a young woman Mary Ann worked at Southwestern Bell. She stayed at home to raise their four children and later managed the Cherokee Strip Restaurant. She also owned and operated a children’s clothing store, the Sugar Plum, next door to Jack’s Barber Shop, on the north side of the Perry Square. They also owned and managed two housing complexes for many years in Perry.

She is preceded in death by her husband, Jack in 2013; and her brothers, Bill Edwards, Bob Edwards, and Kenny Edwards.

Viewing will be Tuesday, April 18, from 9am -5pm at Palmer Marler Funeral Home with Rosary to follow, at 6 p.m at the St. Rose of Lima Catholic Church in Perry.

Memorials may be made to the Catholic Charities, the American Diabetes Association, or the Perry Police or Fire Department in c/o Palmer-Marler Funeral Home, 203 Fir Avenue, Perry, Ok, 73077.