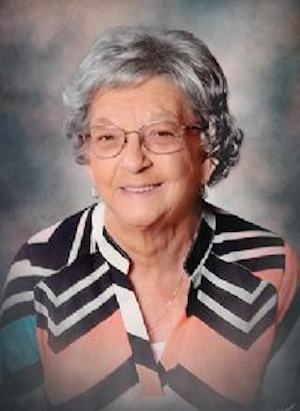 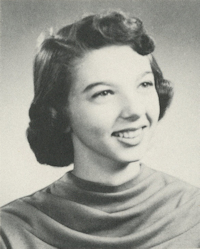 Linda (Martin) Schwandt was born on July 14, 1939, in Bristow, Oklahoma to Glen and Theda (Nall) Martin. She went to be with her Lord and Savior on Friday, June 2, 2017 at Green Valley Nursing Home in Perry, Oklahoma.

Linda moved to Perry with her parents when her father purchased the Corner Lunch Café. She attended Perry schools and graduated from Perry High School in 1957. It was at this time that she met the man that would become the love of her life, Darrel Schwandt. They married on October 10, 1958, at the Christian Church in Perry. Daughter Kelli Lee was born in 1959 and son Timothy Martin was born in 1964.

She worked alongside her husband, serving as his secretary, and later, taking over the Shelter Insurance Agency upon Darrel’s untimely death in 1986. During their marriage, they were able to do some traveling. Some of their favorite trips were to Boston, Hawaii, and Spain. Many family vacations were spent in Branson, which remains to be a favorite of their children and grandchildren. Linda also had a ceramic shop, The Gingerbread House, for several years. The business was a gift to her from Darrel.

Linda was a proud and active member of the First Baptist Church in Perry, helping with the card ministry, women’s ministry, Wednesday night dinners and vacation bible school. She was a friend to many, but her most treasured times were spent with her family.

She is preceded in death by her husband and parents.

Memorial contributions may be made to the First Baptist Church, in care of Brown-Dugger Funeral Home, 1010 N. 7th Perry, Oklahoma 73077