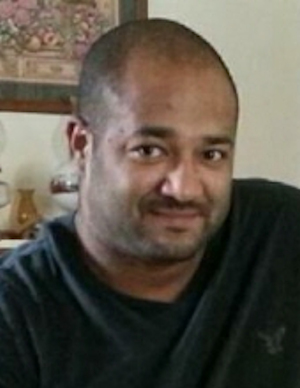 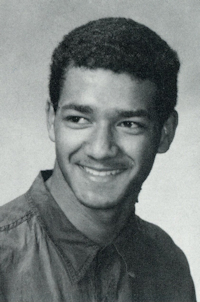 Christopher Michael Dale, 43, of Perry, passed away on Friday, July 14, 2017 in Oklahoma City, Oklahoma. Services have been entrusted to the care of Palmer Marler Funeral Home of Perry.

Visitation will be held on Wednesday July 19 from 9am to 8pm with family greeting guests from 6-8pm. Funeral service will be held on Thursday, July 20, 2017 at 10:00 a.m. at the Nazarene Church in Perry with Pastor Steve Smith officiating. Interment will follow at Grace Hill Cemetery.

Chris was born on June 27, 1974 in Perry, Oklahoma; his parents were Leon and Lawanda (Lovejoy) Dale. Chris went the Perry Public Schools and graduated from Perry High School in 1993. Chris married Melissa Batts on October 5, 2005 in Perry.

He was a mechanic with the Oklahoma Department of Transportation for one year. Chris loved spending time with his family, barbecuing, fishing and wrestling around with his son, Spending time with family and friends. He was a roughneck in the oil field for eight years, it was in his blood and he loved it. He was a wonderful dad. A great husband, also a great mechanic. Chris enjoyed classic cars and was an avid O.U. football fan.

Chris is survived by his wife Melissa of the home, one son Evan Christopher Dale “Boog” of the home. He is also survived by his mother Lawanda Dale of Perry, one brother, Vincent Dale and his wife Carey of Perry, Ok, sisters Kelly Dale of Valleyo, Ca. and Gay Lewis and her husband Curtis of Sacramento, Ca., Melody Breedlove of Kansas City, Kansas, as well as Mark Mitchell, Matt Mitchell and his wife Cindy of Perry, Ok., four nieces; Jersey Mitchell, Ashton Mitchell, Payton Dale and Niara Howard; four nephews; Dakota German, Drake Dale, Cayden German and Dalton Mitchell, as well as numerous Aunts, Uncles, cousins and a host of friends.