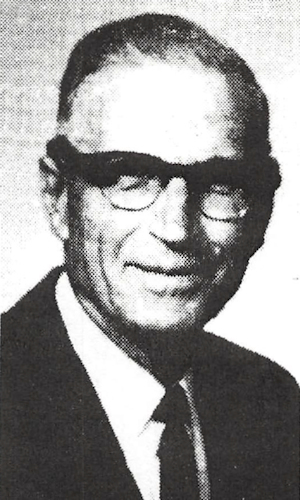 Funeral has been scheduled for 2 p.m. Saturday at the First Christian church for Ernest Shoop, 89, 1111 Thirteenth street, who died Thursday at St. Mary’s hospital in Enid.

Rev. M. R. Work, pastor, will officiate. Burial will be at the Polo cemetery under direction of Parker Funeral home.

Shoop was born Oct. 27, 1887, at Linn Creek, Mo., the son of Wilson and Ellen Chistian Shoop. He lived with his uncle, Grant Shoop, while he attended Perry high school graduating in 1909. He was also a graduate of Oklahoma State university at Stillwater.

He started teaching in rural schools in 1911 and taught 14 years in Noble County, plus one year in Garfield County. Ernest spent 18 years employed by the Federal government in Indian schools in New Mexico and Arizona. Moving back to Perry, Ernest served Noble County as County Superintendent for fifteen years.

Shoop was married June 29, 1913, at Garber to Ethel Pfrimmer, who survives. He was a member of the First Christian church.

In addition to his wife, of the home address, Shoop is survived by a son. Garth, Santa Barbara, Calif.; one granddaughter and two great-grandchildren.

The family has suggested memorial contributions to the Heart fund or the First Christian church.