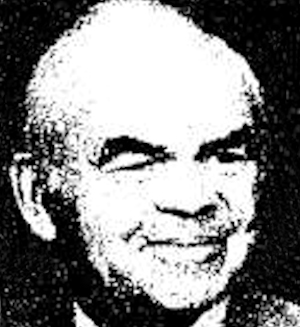 – 17-year-old son of E. J. Ewy, route 4, Perry, was born at Perry and has attended school at Perry throughout his twelve years of schooling.

Lorraine has been treasurer of the F.F.A. his senior year and was a letterman in wrestling this year.

Lorraine expects to enter the armed forces at the close of graduation.

He moved to Oklahoma City in 1956 and was a broadcast engineer with KOCO TV for over 20 years.

He was a member of the First Christian church in Perry, Oklahoma, a private pilot, and member of the Remote Control Aircraft Association, and the Broadcast Engineering Society.

He is survived by his wife, Harriett, whom he married June 6, 1948; a son, John Wayne Ewy, Mead, OK.; daughters, Loretta Kaye Holland of Tuttle, OK, Carol Ann Smith of Oklahoma City, OK; his mother, Zelma of Perry, OK; a brother, Jack of Perry; sisters, Geraldine Sheets and Bunnie Kinglesmith, both of Perry; 7 grandchildren; and a special friend of 32 years, Larry Kosfield of Oklahoma City, OK.

He will be forever loved and remembered by the multitude of people who knew and loved him. The family suggests memorials to the American Cancer Society.