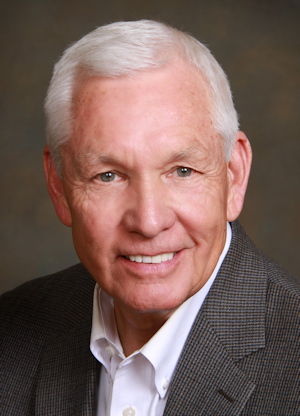 Lenny Sadler graduated from Perry High School in 1966 and attended Central State University from 1966 to 1970. He married his high school sweetheart, Linda Hopper, June 9, 1969. They celebrated their 48th wedding anniversary this year.

He went to work for Russ Sadler at Sooner Equipment Company in January of 1968. Russ was the first DITCH WITCH dealer and he was based out of Oklahoma City. Russ opened up a branch in Tulsa, OK. In 1971 he moved Lenny’s family, which now included a young son, to help run the new store.

The Charles Machine Works, Inc., gave Lenny the opportunity to run a dealership in Amarillo, Texas, in August 1972, so he packed up what little the family had and headed west. He started his business August 16, 1972, and his first daughter was born August 23, 1972.

Their youngest son, Jake, joined the company in 2001. Jake was made a 50% owner in 2012 and in that same year, Lenny purchased a few more DITCH WITCH dealerships and now has five locations and territories in seven states.