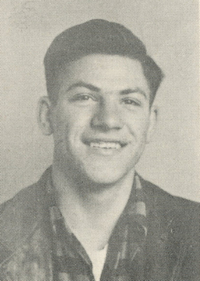 Dexter was taken to the hospital by Perry fire department ambulance after being stricken ill at his home, three miles west, two miles south and one-half mile east of Perry. He was admitted at Perry Memorial at 3:05 p.m. Sunday.

Rev. W. B. Livingston, pastor of the Church of the Nazarene at Claremore, will officiate. Burial will be at Grace Hill cemetery.

Dexter lived in Montana and Idaho from 1957-72, when he moved back to Perry, where he was engaged in an electrical business. He was a member of the Calvary Baptist church, the Independent Order of Odd Fellows, Eagles Lodge and the Lions club.

Survivors include his wife, Helen, of the home address; a son, Michael, and two daughters, Michelle and Marla, all of the home; his mother, Mrs. Venice Dexter, Perry; and a brother, Dan Dexter, Perry.