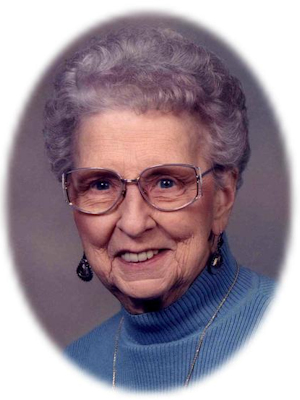 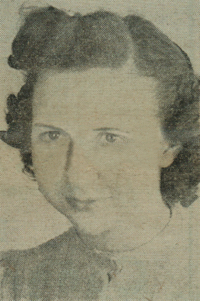 – daughter of Mr. and Mrs. R. J. Huston of south ninth street, plans to go to college and further her education in the study of home economics. Ruth was in the Red Hots, in the Senior Play and in the operatta. She collects souvenirs for a hobby. She was born in Perry in 1922 and has always lived here.

Ruth Grace VanArsdell, 85, of Perry, Oklahoma was the daughter of Robert James and Grace Viola Krebs Huston. She was born January 9, 1922 in Perry, Oklahoma and died Sunday, December 16, 2007 in Somerville, Tennessee.

A life-long resident of Noble County, Ruth was a 1939 graduate of Perry High School and studied two years at Oklahoma AM in Stillwater. She and Bruce Lee VanArsdell were married on March 8, 1952 in Oklahoma City, Oklahoma. Bruce preceded his wife in death on July 7, 1967.

Ruth was retired from the Soil Conservation Service. She was a member of the First United Methodist Church in Perry and was a 50-year member of the Red Rock Order of Eastern Star.

In addition to her husband, Bruce, she was preceded in death by her parents, Robert and Grace Huston, and one sister, Helen Voigt.