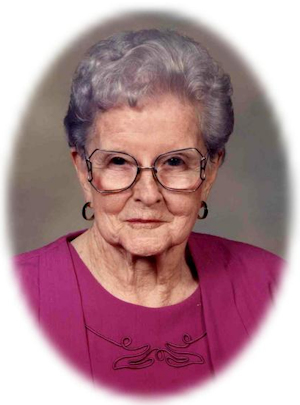 Helen Maxine Huston Voigt was born March 15, 1915 in Marland, Oklahoma, the daughter of Robert and Grace Krebs Huston. Her family moved to Perry when she was 4 years old. She attended Perry schools and lived in Perry most of her life.

She was employed by the Federal Crop Insurance from 1961 until she retired in 1983. After retirement, she returned to work as secretary for her church, the First United Methodist Church of Perry.

She was preceded in death by her husband and her parents.