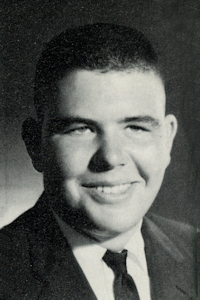 He was a insurance adjuster.

Funeral will be at 10 a.m. today at Bethel Baptist Church in Wichita, Kan. Graveside service will be 3 p.m. today at Grace Hill Cemetery in Perry, Okla., under the direction of Cochran Mortuary & Crematory of Wichita, Kan.

He is survived by his wife, Connie; two daughters, Katherine Rowe of Sedgwick, Kan., and Cynthia Hicks of Clearwater; his mother, Katherine Hicks of Roland; a sister, Karen Friedemann of Laughlin, Nev.; a brother, Kyle Hicks of Inola, Okla.