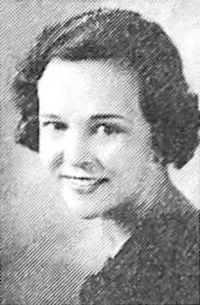 She graduated from Perry High School in 1933, attended Oklahoma A & M, and graduated from Central State University. She taught grades 1 through 8 in a one-room school house in 1936 and 1937. She became a Social Worker in 1966 and retired from the Department of Human Services in 1980.

She was a member of Memorial Christian Church. She loved working in her flower garden, watching the birds, and collecting dolls.

Funeral services will be 2:00 p.m. Saturday, August 10, 1996 at Memorial Christian Church. Burial will be at Resurrection Memorial Cemetery. Memorials may be made to the Marjory Taylor Memorial Fund at the church.