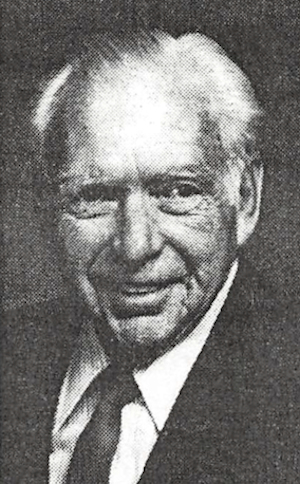 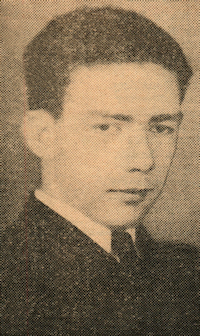 – son of Mrs. May Wall of Perry, was born in Perry on June 19, 1918 and attended the elementary grades in Perry and attended high school in Perry. During his high school career he went out for football. Following graduation he expects to go to A. and M. college.

Funeral will be at 2 p.m. Thursday at the chapel of Brown Funeral home for Leon Wall, 71, Perry.

Wall’s grandparents, Charles A. and Sara (Alyea) Brandt, made the Cherokee Strip Run and homesteaded 12 miles north and five miles west of Perry.

Wall and Bess Hoskins Tommaney were married Sept. 16,1983. He had worked for Boeing Aircraft at Sacramento, Calif., and Wichita, Kan., and had been employed in road construction across Oklahoma.

He was owner-operator of Wall’s Used Cars in Perry for 20 years. Wall was a member of the Perry Chamber of Commerce, the Elks lodge and Rotary International and a Master Mason.

He was preceded in death by his parents, his step father, O. O. Carter; and a brother, Edgar Charles Wall.