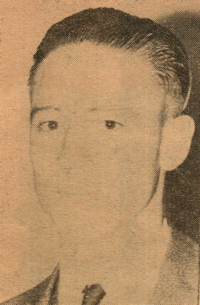 – is the son of Mr. and Mrs. R. C. Highfill of Perry. He was outstanding as a football and basketball player. He was born near Stillwater, Oklahoma. He attended school in Cherokee as well as in Perry.
Don’s hobby is agriculture, football and tennis. His parents live at Eighth and Noble streets.

Entombment will be in the Chapel of Peace Mausoleum in Sunset Memorial Gardens under direction of Becker Funeral Home, Lawton.

He was born Feb. 1, 1919, in Stillwater and was a former Lawton resident who moved to Perry from Lawton. He moved from Perry to Oklahoma City in 1981.

Retired from the U.S. Army, he owned and operated an independent oil field truck. He was a member of the Northwest Baptist Church in Oklahoma City.