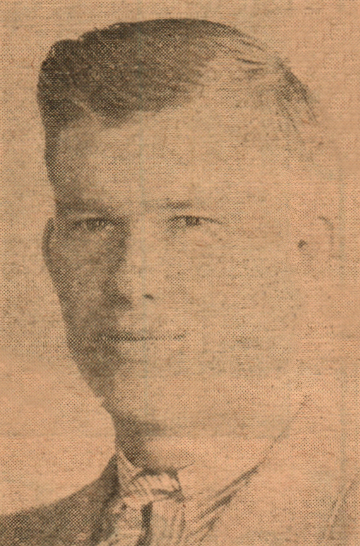 ﻿- son of Mr. and Mrs. A. F. Cook, is a “swing” fan and likes to play tennis. In high school he was a member of the basketball squad for two years. He was born at Arnette, but has attended all his school years in Perry. He lives at 1124 Holly Street. During his school years he has been employed by oil companies and produce firms. He is not definite about his future plans.

A funeral service for Mr. Ellison W Messick, Sr., husband of Rilla Godbold Messick, will be at 3:00, Tuesday afternoon, November 28, 2006, in St. Paul United Methodist Church. Entombment will follow at Florence Memorial Gardens Mausoleum with full military honors by US Air Force Honor Guard and Masonic Rites by Hampton Lodge. The services will be conducted by the Rev. Dane Morehead. Family members will receive friends tonight from 6:00-8:00 at Cain Funeral Home.

Mr. Messick served in the US Air Force during WWII, Korea and Vietnam, retiring in 1969 as a Master Sergeant after 30 years. Following his military retirement, he came to Florence and joined the City License and Tax Department from which he retired in 1981. He was a member of St. Paul United Methodist Church and Hampton Lodge #204 AF&AM. He was also a Shriner and Past Worthy Patron of Lenora Chapter, Order of the Eastern Star. Mr. Messick was active in the Boy Scouts, Rainbow Girls and DeMolay.

Among his survivors, in addition to his wife of 61 years, are: son, Ellison W. (Joyce) Messick, Jr.; grandsons, Ellison W. Tripp Messick, III and Garrett Messick all of Florence and brothers, Calvin Cook of Grand Junction, CO and Jack Cook of Garber, OK.