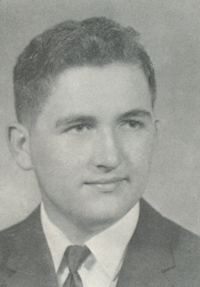 Dunn served in the United States Marine Corp as a recruit depot instructor in San Diego, CA, and was a Vietnam veteran. His special awards and medals include the Presidential Unit Citation, combat action ribbon, good conduct medal, national defense service medal, and Vietnam service medal and campaign medal. He was married Oct. 25, 1969, to the former Edit Branson, at El Toro Marine Base in Southern California.

Dunn worked as a heavy machine chain assembly employee at Charles Machine Works, Inc. He was a member of the Veterans of Foreign Wars, and a volunteer for Meals On Wheels and Boy Scounts.

He was preceded in death by his grandparents and father.