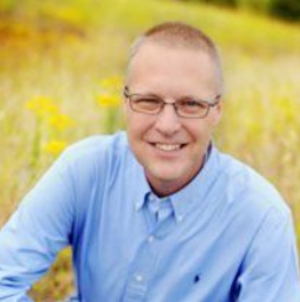 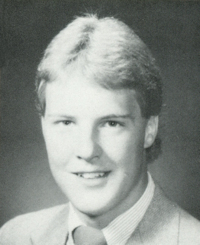 Tim Streller passed away on January 11, 2014 after a two yearlong battle with head and neck cancer.

He is survived by his parents and two brothers and their wives; Joe and Patsy Streller and Bill and Tammy Streller, all of Perry.

Tim spent his youth on the family farm and participated in FFA at Perry High School. He attended St. Gregory’s in Shawnee, Oklahoma before completing his college education at Oklahoma State University. An avid hunter and fisherman, Tim loved the outdoors.

Mr. Streller spent over 20 years in the material handling industry as both a salesman and manager. His employer for the past eleven years was Johnson Equipment Company headquartered in Dallas, TX. He was a dedicated employee, a hard worker, and a great provider for his family.

A man of God, Tim served faithfully at his home church of Oakdale Baptist in Edmond, OK for the past several years.

Tim leaves behind his wife of nearly 19 years, Lori and their children Kolby and Macie, of Edmond; his in-laws Ron and Sandy Reynolds of Edmond; Kim and Michael Childers of Tahlequah; Adam and Hannah Reynolds of El Paso, TX; three nieces, four nephews and one great-nephew.

Tim’s greatest joy was spending time with Lori and his kids. He will be deeply missed, but those of us who have received salvation through our Lord Jesus Christ look forward to being reunited with Tim in eternity.

Tim’s Celebration of Life service will be at 1:00 PM on Wednesday, January 15th at Henderson Hills Baptist Church under the direction of Crawford Family Funeral Service, Edmond. In lieu of flowers, Tim has requested that donations be made in his name to Oklahoma Christian Academy, 1101 E 9th Street, Edmond, Oklahoma 73034. These gifts will establish the “Tim Streller Endowment Fund” which will provide tuition scholarships for family’s facing catastrophic circumstances. Tim’s own children will be the initial recipients of the scholarships.