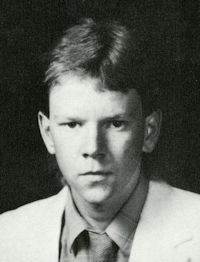 Ellis was born Sept. 15, 1970, at Stillwater. He was a 1988 graduate of Perry high school and was employed at Charles Machine Works. He was a member of the Church of the Nazarene.

In addition to his parents, survivors include one brother, Rusty Lee Ellis and a sister, Aleasa Dione Ellis, both of Perry; his grandparents, Raymond and Clara Williams, Perry, and Hershel White and Lela Ellis, both of Ryan, Okla.; his fiance, Donna Cagle and her son, Rocky Cagle, both of Perry; and several aunts and uncles.