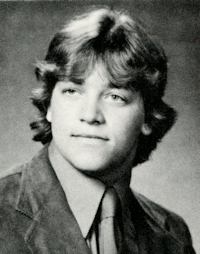 ﻿William Curtis Ennis was born September 2, 1962 at St. Anthony’s Hospital in Oklahoma City. He died April 8, 2011 at the age of 48 in Anacortes, Washington.

Ennis graduated from Perry High School in 1980 where he was active in wrestling, football, baseball and other school sports.

Ennis had a degree in construction management from Edmonds Community College in Lynnwood, Washington and worked in that field. He loved his family, his dogs, cooking with his wife, books, music, scuba diving, the mountains, ocean and woods.

He was surrounded by his family and friends in the weeks prior to his death.

A memorial will be held Sunday, April 17 at the Skyline Cabana in Anacortes, WA, a place that has held many happy memories for him and his wife.