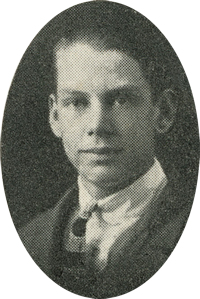 Faris operated Bill’s Repair Shop from 1936-54; was advertising manager of The Perry Daily Journal 1954-69; and worked at Shepard Refrigeration from 1969-79.

In addition to his wife, of the home, survivors include one daughter, Billie Jean Keirns, Oklahoma City; and a sister, Helen Merrill, Tonkawa.