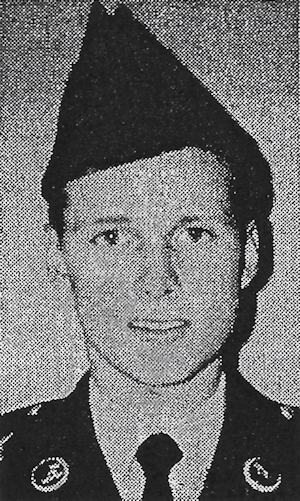 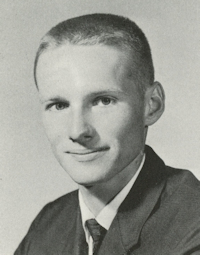 ﻿Gary Sidney White, 20, Army specialist fourth class, was killed in action Monday in Vietnam during a rocket attack, according to notification received here Thursday by his wife.

The message was delivered here by a personal representative of the secretary of the Army to Mrs. White of 1307 Cedar street, who is the former Kathy Phillips. Mrs. White had planned to leave Friday for Hawaii to meet her husband.

Specialist White entered the Army a year ago. He trained at Fort Lewis, Wash., and at Fort Ord, Calif., before going to Vietnam. White had been serving in Vietnam the past seven months as a radio man with the 198th infantry division. Specialist White was killed while serving near Chu Lai.

Services will be at 2 p.m. Thursday in the Calvary Baptist church. Rev. W. W. Baker, Walters, and Rev. Sam Stricklin, Stillwater, will officiate. Burial will be in Grace Hill cemetery under direction of Parker funeral home. The service will include an honor guard of soldiers from Ft. Sill.

He is the son of Mr. and Mrs. Clarence White, 9 Terry drive in Perry. He was born April 4, 1950, at Sayre and attended grade school in Guthrie. He attended junior and senior high classes in Perry and graduated in 1968 from Perry high school. He was employed as assistant manager at the M&W Thrif-T-Wise store in Perry before entering the Army.